I’m not sure, but it looks like beta version 1.3.17 changed the way of sorting the queue, compared to the previous versions and to the stable version 1.3.15. 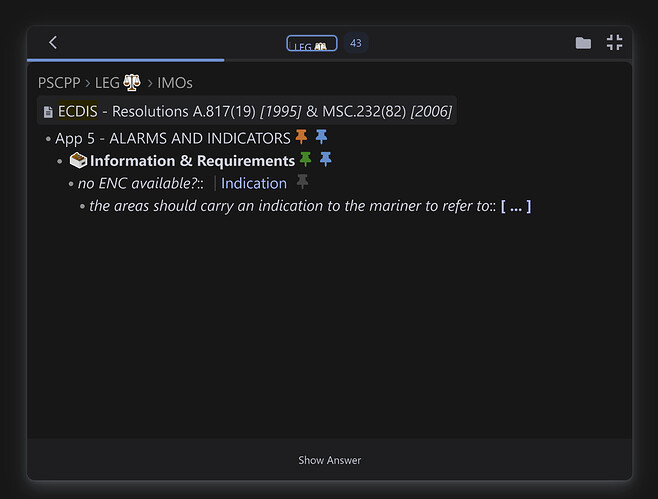 Now it apperars to me that beta version is sorting randomly, many times showing the children cards before the parent card, what is not desired, as the active recall of the parent itsef (if it is due in the same section) would be compromised and messed.

If you did change it, I would ask to return to the previous behavior in this particular.

P.S. I’m not sure this problem is restricted to Beta version.

If no ENC available?:: Indication is Concept type rem it will bahave like below

It looks like the behavior is ok between concepts and first level descriptors. The problem is the secound-level descriptors (that is, descriptors that are children not directly to the concept they refer to, but to another descriptor). System is not treating them properly. I made a video to show this.