Help with Fixing Stubs and References

Hi, forgive me if this has been asked before and if what I’m saying is confusing. I’ve been using Remnote for a long time, learning as I go. I unfortunately now realize I made a fundamental mistake/misunderstood when going through the various youtube videos about how to utilize rem references and stubs. Since starting the use the program, I have been making every concept into a rem reference with [[ therefore making a stub, even for brand new concepts and subjects I had not used before. When I subsequently make a new reference to an old concept or idea I had been referencing back to the stubs, which are all empty.
I now realize the way I should have been going about it was just making a rem of a new concept and when a reference back to the original concept, I reference back to the original document/rem and add on from there. The way I have been using it since starting is referencing the empty stub, and looking through the reference list at the end to see all my notes on a concept instead of populating the original concept.

For example,
If I wanted to write on the topic/concept “tiger” for the first time from the book animals I would make a document called animals and immediately type [[tiger. 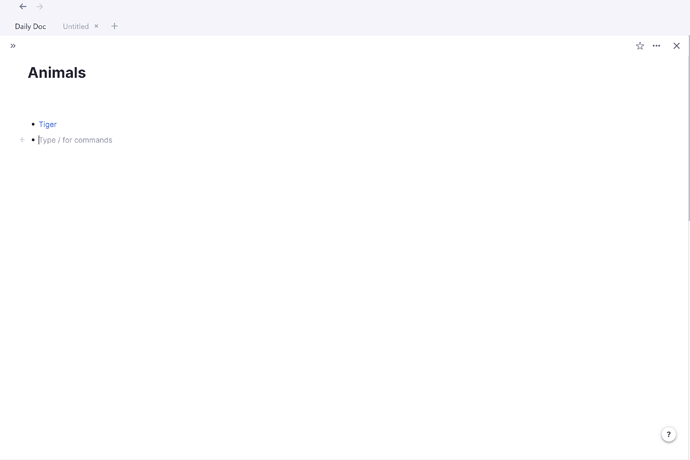 If I made a new document called cats, and wanted to include tiger and add to what I learned from the animals document, I would type in [[tiger again, but reference the stub instead of the path animals/tiger to add to. 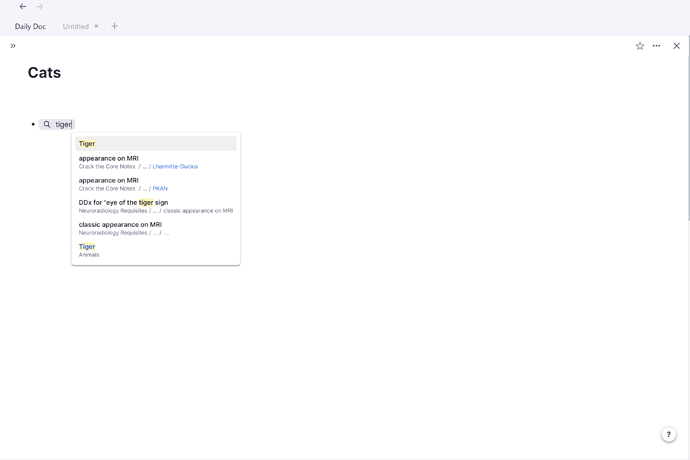 So to view my notes on tiger I would go the stub and have to scroll through all the references at the end of the stub document instead of seeing all my notes in the tiger stub/ document itself. I just realized this mistake seeing a few new youtube videos that should you could put your cursor over a rem references and see your notes on the topic as a preview, which I don’t see because all my references are to empty stubs. I realize now what I should have been doing is just writing out the orginal concept “tiger” in animals document, and in the cats documents portal over the rem animals/tiger and add the that, keeping the info I didn’t want shown hidden. And if I wanted to make a sentence about tiger, I rem reference in line

All that set up to ask, is there a way for me to easily change all these rem references I made to an empty stub to specific “original” concept? As of right now I have been portalling in the original concept rems into the empty subs, still keeping the stub tabs, as make new documents, but I’m finding this confusing for linking back to things properly or when I try to portal back to the stub or concept since the new info I write under the new portals doesn’t show up everywhere else.

Sorry if that explanation is confusing. I’ll try to clarify if it is.

is there a way for me to easily change all these rem references I made to an empty stub to specific “original” concept?

Not easily, but doable: first, create a “proper” concept rem you want in the place you want (so “tiger::whatever” inside “animals”), then navigate to your stub rem and ctrl++alt+shift+e or /me to merge that stub into the concept you want (may be easiest to first navigate to “animals”, then search within that for “tiger”). All backlinks will be transferred onto the desired rem. Note that this may create unwanted homonym aliases (an ~Aliases child will appear under “tiger::whatever”), which you can delete with no repercussions (it will warn you, but the warning is for the deletion of the alternate name, not the reference itself). Repeat for other stubs.

I realized I made the same mistake. However, I am not sure if I understand if this solution would solve my problem. What I am trying to achieve, when I reference for example a drug like Amlodipine, when I click on the reference I want it to open up all the rems that have referenced Amlodipine. Is referencing the correct way to do this? Or is there a simpler way? Thank you

It is the correct way as long the reference leads to the correct rem - all the other references to it will be in the backlink portal at the bottom.

RemNote is flexible, almost TOO flexible. There are many different ways to do the same thing, which leaves it open to different workflows.

But also leads to some clashes, because the design of the product still makes certain assumptions about how you want to do things.

This thread is a perfect example. I, like you, did lots of homework and research, watching videos, trying how to learn to use RemNote ‘properly’. But we still get stumped down the line because we assumed it would work in a way different to the way it currently works.

These differences are really annoying, and in a perfect world, would be settings you could toggle (e.g. during onboarding). Things like

I personally hate having a big mess of random Stub Rem floating around. I know some people want to do their Zettlekasten like that … I always want entries sorted categorically (and when I don’t know where to put them yet, I sort them to ‘ToDo’).

So ultimately, if you’ve also had problems with unintentionally creating Stub Rem, don’t blame yourself — it’s a common consequence of the RemNote design choice that centers around Stub Rem.

If you operate (as I do) with a different logic or plan, good, that shouldn’t be inhibited by the design assumptions of the product — TL;DR sometimes it’s not actually an issue with you, but with the UX itself.

A Stub tag is applied to a top-level rem that was created from a search. That is its only purpose.