I sincerely hope I am misunderstanding something. Please bring it back asap.

This is the most useful feature to help understand complex theories (e.g organizing laws of different systems of logic), after update, it’s gone.

Before update, the structure of the document was clear and transparent, as I could view different levels of details without altering all the lines positions and affecting the edit counts.

Now the entire thing is opaque. It’s harder to parse complex notes now. I can no longer quickly glance at child rems of important rem while keeping the big picture of other important rems surrounding it.

If you have to unfold bullet points to see their content, what is the point of taking notes in these atomic bullet points at all? just make files and folders and put them in a tree like Windows Explorer, then you click to see content.

Even more annoying, unfolding rems counts as an edit. Imagine you have a massive document full of important and precise details, after writing down those details, you want those to stay UNCHANGED until you make an edit. After making edits, you view the content of that document, unfold rems while trying to brainstorm some idea, and it says the document has been modified few seconds ago! and you have no idea whether you might have accidentally overwrite something over the edits you made 10 minutes ago, or nothing has actually changed and it’s just all the folding/unfolding of rems at different locations. This kind of thing is very annoying for theory builders.

You can use Ctrl + Shift + C on rem for your need 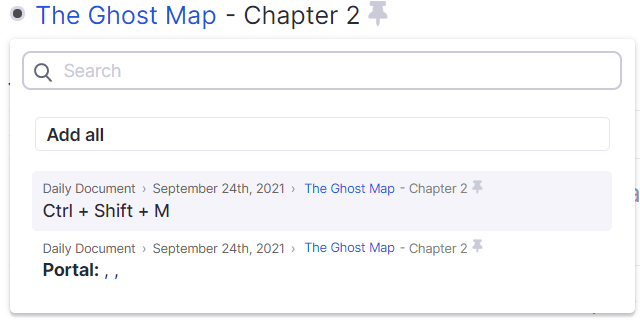 here is what clicking hidden shows 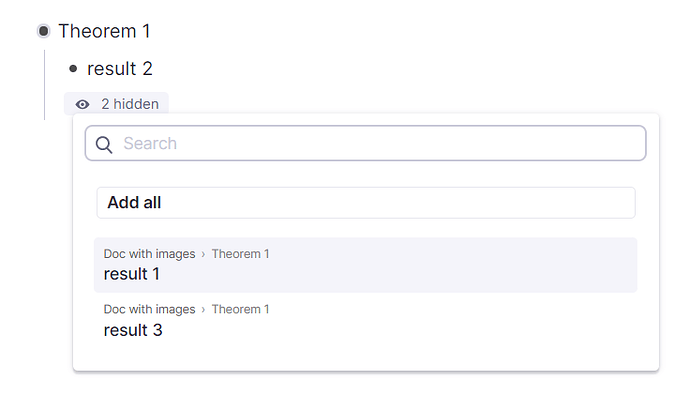 here is the actual content of the rem and the right order of the child rems: 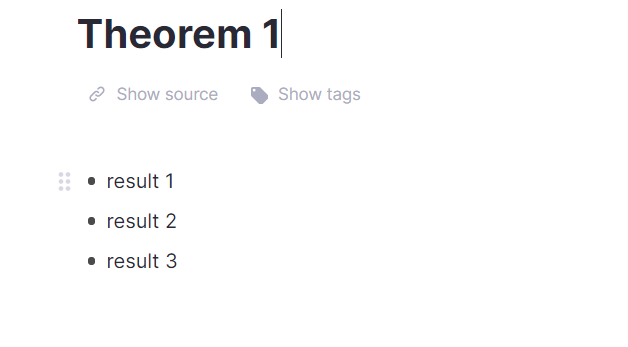