(Just lifted everything from the GitHub issue I posted here, #1163, because I read somewhere on the discord that posting to the forum is better.)

Steps to reproduce the behavior:

The edit window opening, with the list rem that was just visible appearing.

These are the original Rems 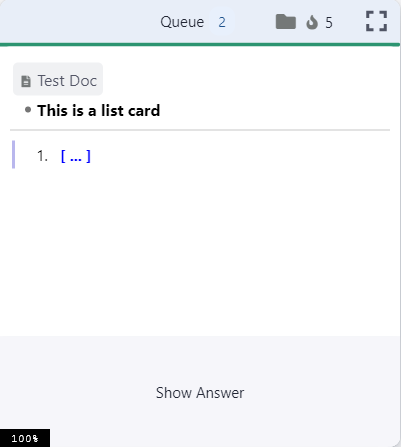 This is what the back of the card looks like: 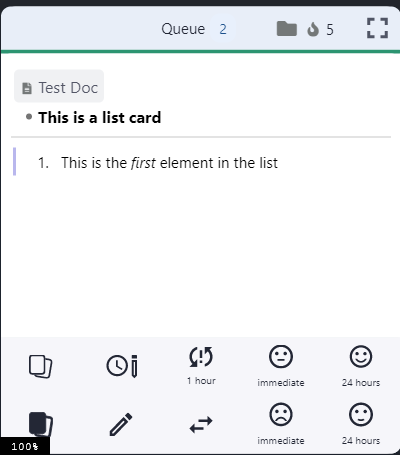 This is what appears when I press E or click the edit now button: 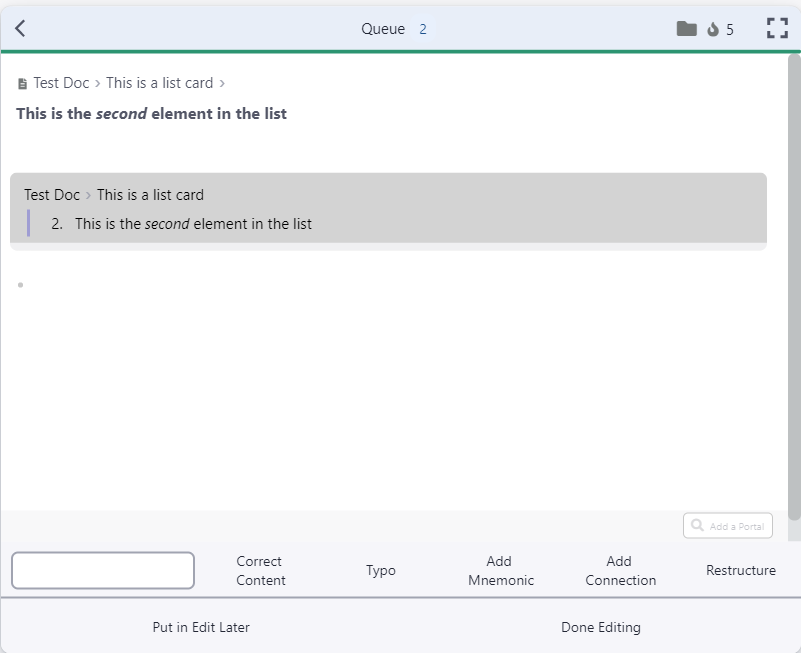 If a change is implemented in this behaviour, I think that it’s more intuitive for the edit window to have the element that was in the card at the time, plus all the elements in the list previous to that element.

Thanks for making the detailed description, I am going to merge the two issues together, and will certainly bump it up to the devs. Seems to be around for too long now. Thanks @88DM88 for connecting these two.