RemNote 1.5 is now available for everyone!

A ton of Bug Fixes and Improvements

Note: If you are unable to Refresh please do a Hard Refresh (Ctrl+Shift +R)

So exciting! Many thanks for all of y’all hard works!

thanks for the update! looking forward to more regular updates! especially the new stuff

Hey! Sorry to hear about this, kindly submit the same report to support@remnote.io
We will have an engineer look at this as soon as possible (it’s currently night for them).
Thanks.

The default font seems to have changed with this new update. I really liked the font, spacing, etc from v1.4 - is it possible to revert back to this font setting? 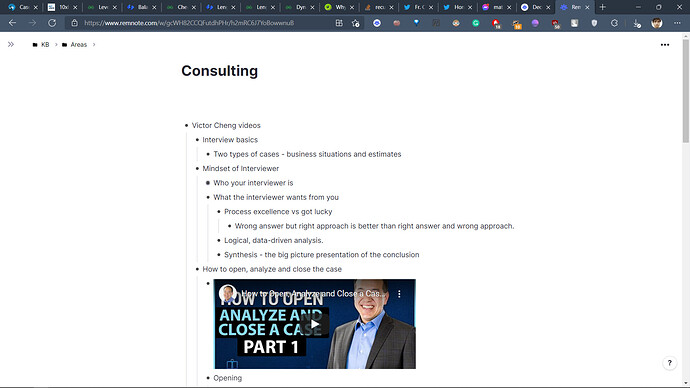 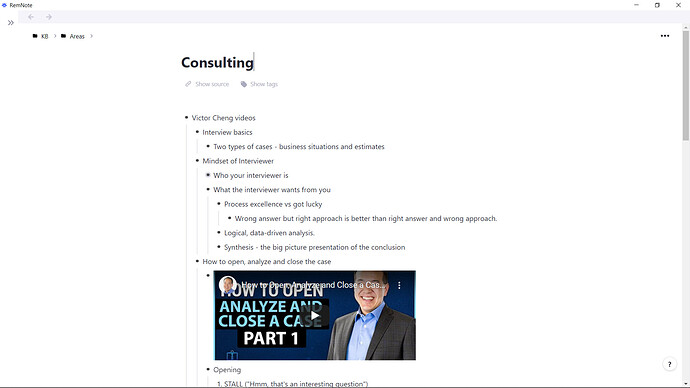 This might be a Custom CSS issue. Could you disable all your CSS and see if it changes anything?

It’s normal right after this update. RemNote updates the database which could take a few minutes. After that it should be back to usual.

)? Or let users choose their own default mode in the settings？
Previously, we could quickly create a back link by selecting the text, but now we need to type and search again in the hyperlink text box.

I haven’t used any Custom CSS till now, so I don’t think that’s the problem

Moreover, the browser version has retained the font, ie I’m only observing the problem in the desktop app.

the flashcard preview does not show all the lines present in the multiline cards when the show button is pressed
the flashcards while practising rem works perfectly fine, this issue is limited to preview only 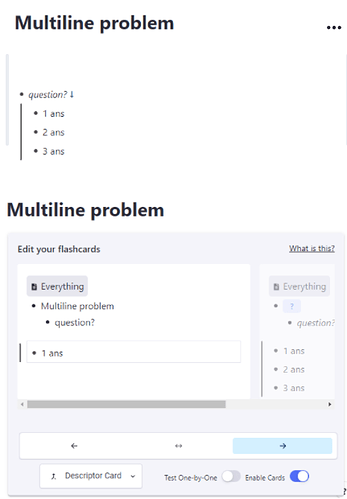 image431×620 38.2 KB
is there any solution to this, I use multiline cards very frequently thus the preview feature is very important to me

It always does two passes. Sorry it is taking you so long. I’ll check if we can optimize the performance of the database migration routine for future updates.

Thanks for the update. I was looking forward to it. Looks like it fixed some of the annoying bugs.

One things I’m a bit confused about are hyperlinks to rems though. What is a difference between a hyperlink to a rem and “rem reference”? In the list of references of a rem there seems to be no difference. However, they are styled differently in the text (hyperlinks have underlines, and rem reference don’t), depending on how the link/reference is created (with [[ vs click “link”) .

Looks good so far! I am also a bit confused how hyperlinks work. Some short videos of what the intended/expected behavior could be very helpful, perhaps here: 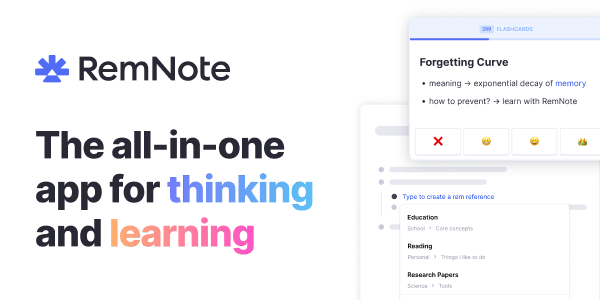 RemNote – The all-in-one tool for thinking and learning.

Built to empower students, researchers, and professionals. Everything in one knowledge base: Notes, Docs, Outlines, Smart Flashcards, PDFs and Web Articles

Would you consider it conceptually two things? I feel like two buttons/icons would help. But I can see why “link” is the same word for functions…

I cannot update or “refresh” the desktop app. Opening and closing the app doesn’t work. Rebooting my laptop doesn’t work. Apparently I need to download a new installer, which takes a very long time because I don’t have a good connection. Please find a way to update without pissing off your paying customers.

In fact there is really no difference, both are a kind of link.
But the original link minimizes the disturbance of the current work by simply “choosing→rem reference”.

Now, you must “select→think about the keywords to search→create a hyperlink→convert it to a rem reference.”

I can understand that hyperlinks make links more diverse and make rem more open and inclusive, but the shortcut to create internal links should also be kept.

Hi! I want to report a BUG, it appeared with this 1.5 update. I also reported this on github.

Describe the bug
There’s nothing wrong with child rems of ordered or unordered lists. HOWEVER when creating second level child rems below one of the rems of the list, WITHOUT ever pressing “>>” RemNote automatically generates an unordered list and also automatic unexpected new flashcards of that list.

Also, even after turning off unintended created flaschards of that list, the hint number of the original list flashcard gets affected taking into account rems of the second level unintended list or even delivering a totally random number but NOT the number of first level rems below the parent.

To Reproduce
Steps to reproduce the behavior:

Also, the hint number on the flashcard of the original list never used to change and only took into acoount the number of first level rems of the list. (Behaviour showed on the 4th photo) 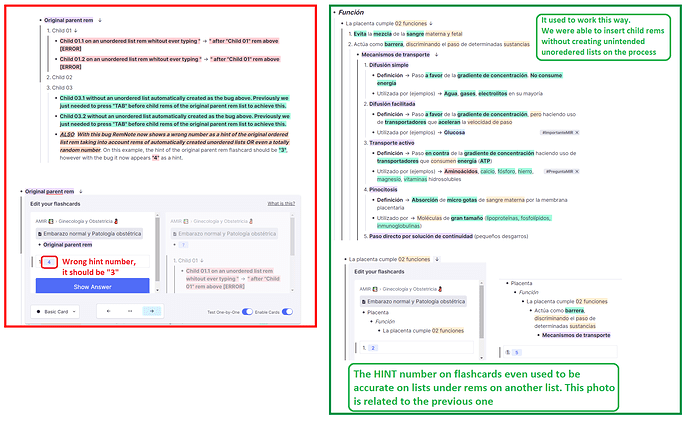 Additional context
Previously (7 th of december and backwards) I never noted this bug. Being able to create child rems below rems of a list without forcing us to create a list inside the original one allows us to keep a better order and study better. It gives us freedom to decide how to order our rems, and I thinks that’s the whole idea of RemNote. Please solve this and return to the previous behaviour.

Could you please share the invitation code for Test-Flight?
Thx

The shortcut [ to create a rem reference from existing text is still present. It’s just not in the text selection toolbar … and is also missing from the shortcut list (same as # on selected text).